The market for heating fans has started

With the arrival of the summer, China's science and technology hardware city field electric fans and air conditioners and other household appliances products ushered in the sales peak season. 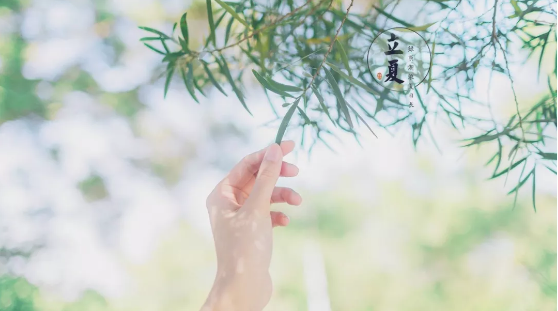 "The climate is still hot and cold, but it has not affected the sales of electric fans. "This is not, from the nearby county and city to the mass purchase of the downstream dealers have been one after another, online or telephone requests for delivery more than one day." Hengda in hardware west road, kitchen utensils and appliances sales department director li zhi theory "in early march, sales department is actively organize a batch of plenty of electric source, the original plan can sell for a period of time after the season, only to find good market movements, purchases of large quantities of electric fans in just a month sold very good performance, part of the model is close to out of stock."

"This year, moved new home, although the room have air conditioning, but more at ordinary times or use electric fans, and air conditioning blowing too much is not good to the body, so for a fan in the room is necessary." Citizen Mr. Wang just bought two electric fans for 500 yuan. He told the reporter, these days the temperature is high, but open air conditioning to have a bit of waste again, buy a typhoon fan, when lunch break blowing cool wind is more appropriate. Reporters have learned that there are not a few consumers who have the same choice as Mr. Wang.

The product sells nifty, the businessman is naturally happy, but happy beyond, the businessman still cannot conceal a few minutes helpless and sad. Zhi-xue li said, electric fans, although have good market, the profit is low, sometimes a floor fan wholesale price only earn $1, the retail price can earn ten yuan has been very good, other small desk fan, wall fan, let alone. Therefore, merchants succession exclamation, the purchase of hardware tools, manufacturers will be prior to the bottom part of the electric fan is cash on delivery, mostly investment, income is not very big, the sales situation is really like a chicken ribs, food tasteless, abandon regrettablly.

Why does the electric fan market appear this kind of "sells well" but "the profit is low" contradictory phenomenon? One is electric fan process is relatively simple, scientific and technological content is not high, the market demand is great, especially since last year the national large-scale high temperature after dry weather, the market of the electric fan is suddenly jumped several times. Therefore, the production and marketing enterprises think it is profitable, and have mushroomed to start production, thus forming a strong flow of production and sales. In order to grab more market share, it is hard to avoid using the "killer mace" of price reduction, and the direct result of blindly following the trend and price reduction competition is the reduction of profits.

Second, sales rely on the market of the neighboring provinces and cities with narrow scope. The big situation has not been fully opened up, and it has not really entered the national rural market with more than 800 million people. According to relevant data shows, our country fanner markets generally, hundreds of residents in cities and towns has reached nearly one hundred percent average ownership and "mature and saturated period" in the market, market vacancy in the future can only be updated fluctuation kongfu, However, the average ownership of 100 rural households is less than 80, especially in some remote and backward provinces and cities and regions, which are in the "growth and orientation period". As a result, more than 60 percent of the population in the rural market, the overall situation of electric fans is still in high demand.

Third, the quality of brand products is guaranteed, the price of new products is generally lower. At present the electric fan on the market basically has floor type, desk type, wall type and condole fan wait for a few kinds, can be divided into remote control type and common type according to luxurious degree different. Although the brand product sells well, but the price is transparent, the profit is relatively low, such as midea, gree, oaks, etc. Because of its low price, the new products sell well among the ordinary working class and the workers. This has formed a kind of good product sells price not to move, general even cheap product but popular consumption error. As a two-season product, the electric fan is a typical day - to - day product. 2018 is expected to be the hottest year on record, with rising temperatures continuing in previous years. In spite of the weather, but since air conditioning rise and prices, the gradual improvement of the people's economic level and the trend of consumption upgrade in recent years, electric fan market space to be squeezed, but is not without its development space. Only by following the consumption upgrading trend and accurately monitoring the consumption trend can we get rid of the low level price war in the past and enter the market environment and competition of higher dimension and higher level. Merchants can become general agents of jinhua and even zhejiang province by cooperating with famous manufacturers. To develop and start the demand for electric fans in rural market as soon as possible, oriented by the relatively backward rural market. Choose high-quality products with high added value and lead consumers into new areas of consumption. Change the embarrassing situation of "low profit, low profit and good sales".

上一篇： Shandong: the whole mechanized "garlic" is a breakthrough